If you are landing on this page, someone has obviously believed either you ARE AWESOME or in definite need of a dose of AWESOMENESS. 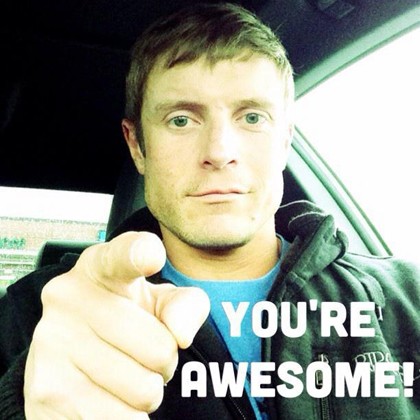 And best of all, make the following your personal mantra:

“Without ME it's just plain AWESO.”

— awesomely (adverb – “I was awesomely rewarded for my efforts”)

— awesomeness (noun – a metaphorical substance that adds excellence) (PS – if added to your coffee in the morning, guarantees that you will have an absolutely incredible day!)

Examples of usage of the word AWESOME

So if AWESOME can be seen as a state of being, that begs the question…

A daily checklist to awesomeness

How does one become “awesome”?

Lucky for us, WikiHOW tells us here.
[divider]

34 Quotes to motivate all of us to be MORE AWESOME!

Al Pacino's “One inch at a time…” (Film: Any Given Sunday)

Be Great and Powerful Beyond Measure

Winning is a Habit – Vince Lombardi

The Awesomeness Gallery: Be sure to share with others who you feel epitomize “awesomeness”…