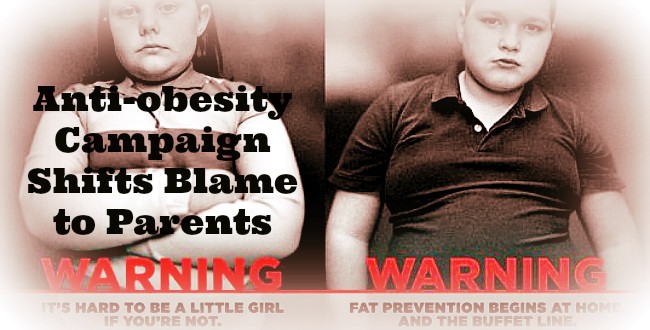 The Minnesota Blue Cross Anti-obesity campaign shifts the blame back to the parents in a series of videos which have been touted as “finger-pointing” and “the blame-game”.  Based on the nature of the videos and scenes depicted, the videos framed as being more on the shaming side of things and not education.

In August 2011 Children’s Healthcare of Atlanta kicked off a grim, yet realistic and highly controversial anti-obesity campaign. The Children’s Stop Childhood Obesity campaign includes billboards, ads and commercials across the Atlanta area and is meant to help raise awareness about childhood obesity and to improve the health of overweight and obese children.

I feel they are great videos.  I agree that they are a bit on the blame side, but that aside I still stand by my answer to my friend who asked me my opinion of the video.  I replied:

“I saw the ads circulating through Twitter too. I like them!  If parents can't be the role models they need to be for their kids, then who should be?  I still believe that the onus falls on parents to set the example by which their own children can live by.  All of us who are parents are born with the responsibility to lead by example and show (not tell) our children the benefits of living a healthy, active lifestyle. Period.”

Remember, no matter your answer, think about this — the videos have done what I believe they were meant to do.  They have us all thinking, discussing and debating the obesity epidemic.

I was recently inspired to pose the question to my Facebook connections, check out their opinions here. 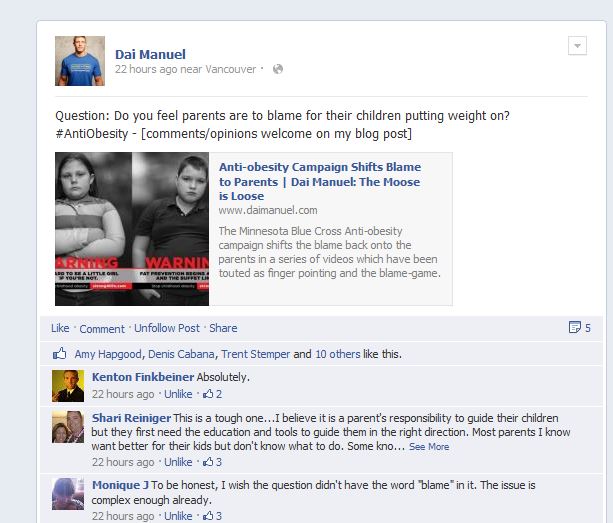