The ‘Hurry up and wait’ lifestyle: A Propel Ambassador Update 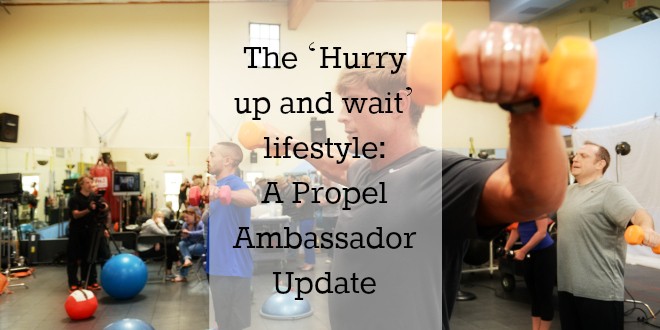 The following post is sponsored by FitFluential LLC on behalf of Propel. I was compensated and all opinions are 100% my own.​

Have you ever wondered what it would be like to live the life of a celebrity? How about a model? A few weeks ago I had just that opportunity. Albeit it lasted only for a weekend, but it was just long enough to give me a new perspective on my life.

‘Hurry up and Wait’ – a life philosophy in the making

As a Propel Ambassador, I along with 4 other BA’s (Theodora, Presley, Jon and Lee) were whisked away to Los Angeles, California for a weekend photo shoot. We flew in from many places around the US (and yes, the Great White North too), to a secret location in the Hollywood hills overlooking L.A.

The Scene: A house in the Hills 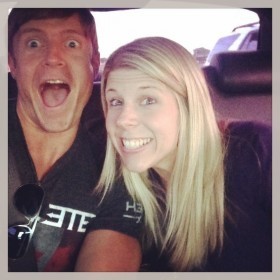 Upon arriving from Vancouver, I was met by Theodora whom had arrived earlier along with our driver – yes! Our driver! – chauffeuring us to the house in the hills to join with the other ambassadors and Propel teams. Being the last to arrive at the home Thursday evening, we arrived down a dark windy single-lane driveway to a quiet walled-off entrance.  Walking through the front door I was blown away with the wide-open vista of the city lights flickering in the distance. Only one thought kept ringing through my head… “WOW! NOW this IS AWESOME!”

After making our way down the stairs we were greeted by the Propel team and the film crew (yes, a film crew!) who would be documenting our weekend through their camera lenses all-weekend-long. I haven’t seen the video montage yet, but I’m sure when released you’ll laugh from my reactions… my cheeks still hurt from the jaw-dropping! 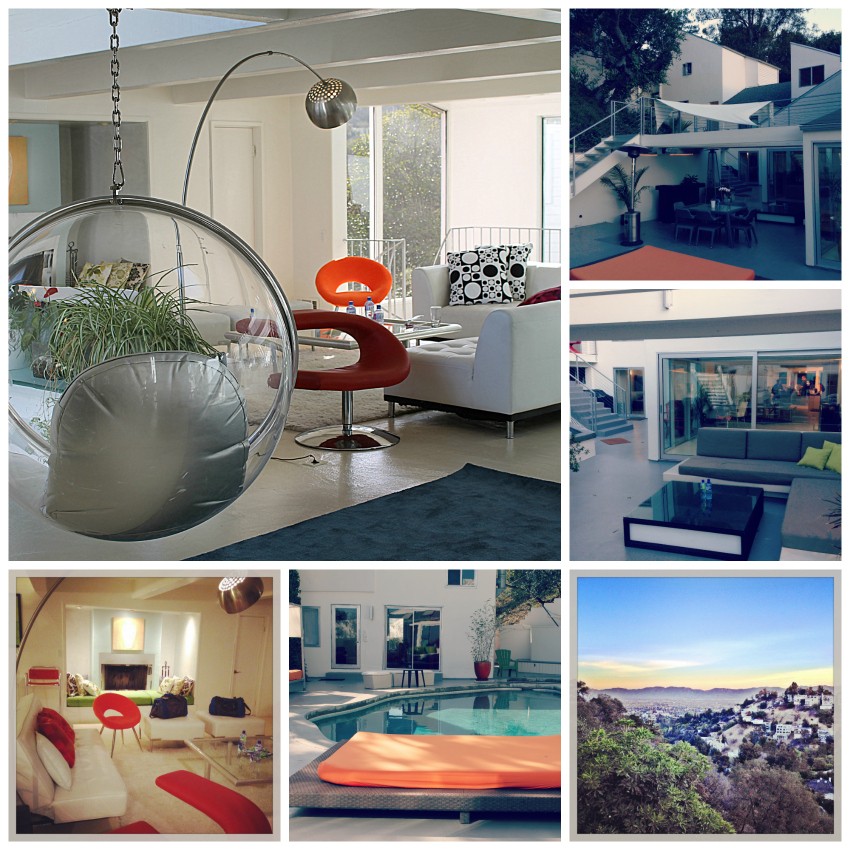 Quickly settling in, the next few hours were spent connecting with the other ambassadors, film and Propel crews, as well as getting the download on what to expect for the following 3 days of shooting. I had a sense of hangry-ness coming on, but thankfully dinner was ready to go – freshly prepped by the chefs (and believe me, that’s a whole post in itself). 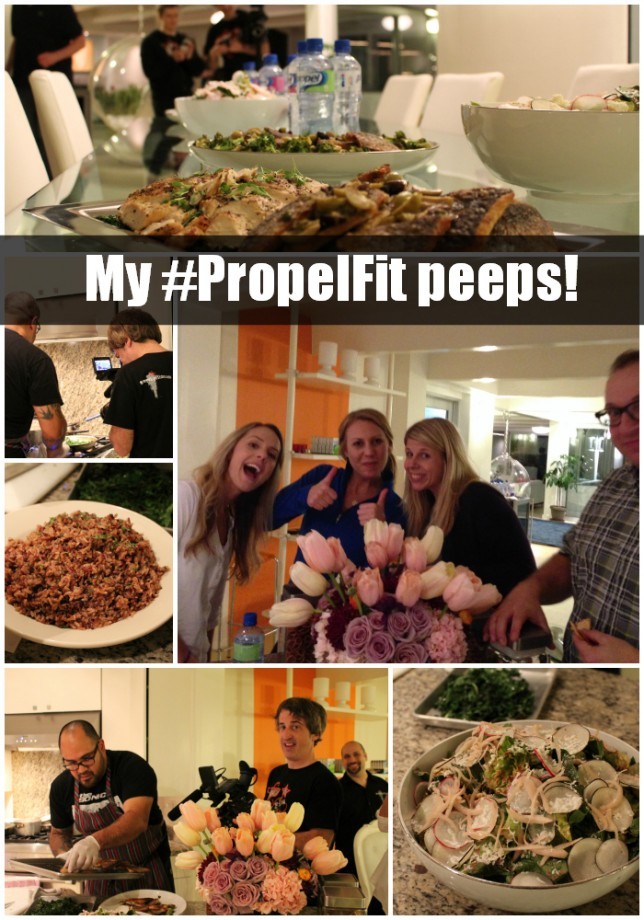 With a full day ahead, I think I might have been the first to tap out and call it a night… by the way did I mention that Jon and I were in the pool house? Seriously! It is bigger than my condo. LOL!

The #PropelFit Shoot: Days 1 through 3

Day 1: It was an early rise for all of us Friday morning. The first day of shooting was jam-packed with shots of us running at the park, getting a sweat-on in a private functional fitness class, then following it up with a 4-hour spin session. Needless to say, thye put us through our paces and everyone of us got a great workout. 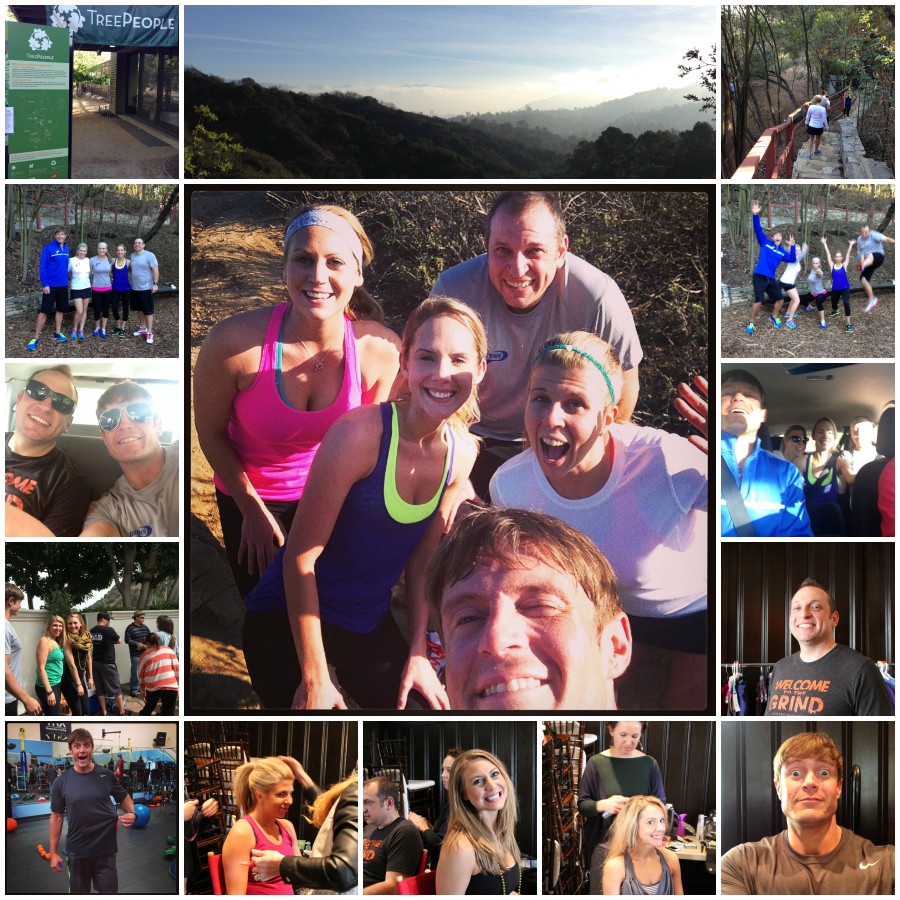 Day 2: Another early day to rise and get to the gym for a day of shooting. I definitely felt more in my element than day 1 – after all we all know how much I love to run, right? LOL. Being in a health club surrounded by iron and steel just felt like home to me. As busy as we all were, there was a ton of time to play around, work out a little (video to follow of a few of the workouts we squeezed in – hint: push ups, burpees and squats, oh my!), and of course share in a bunch of laughs. By now we were finding our groove… the evening, after some last shots and interviews were done with the film crew, left just us ambassadors to enjoy each other’s company, good eats and conversation into the wee hours of night. (Not too wee though, I still think I was in bed by 11) 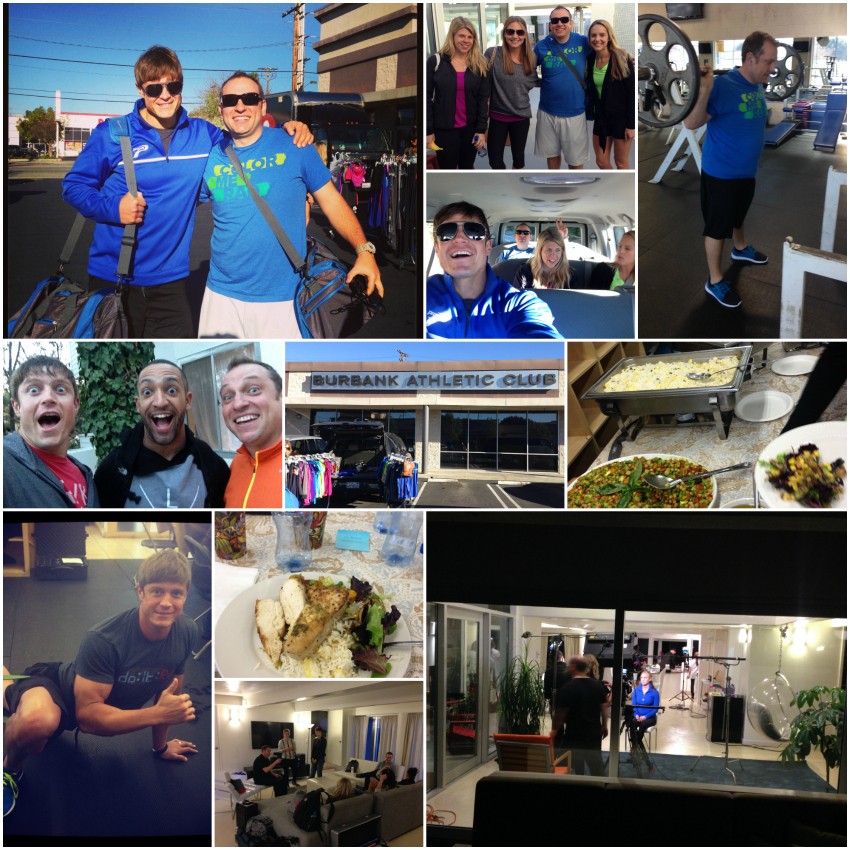 By this point I was definitely starting to feel somewhat sore from a few days of shooting – thankfully I brought my fascia trigger point balls and roller. My day started with a fantastic chef-prepared breakfast and a lot of coffee.  Everyone was in high spirits, talkative and ready to conquer our last day of shooting. We were off to our destination, a small yoga studio in the heart of L.A. It was a beautiful space perfectly suited for a shoot and a day of fun.

Truth be told, it wasn't the shoot that got me most excited. Today was the day I finally had a chance to meet Mr. Gunnar Peterson – the personal trainer to celebrities, top athletes and the who’s who in Hollywood and Beverly Hills. I've been a long-time fan of Gunnar, reading many of his published works in publications like Men’s Health, Muscle & Fitness and SELF magazine. Meeting him was a true honor – and great ambassador perk.

… stay tuned for next week’s #PropelFit Ambassador post when I share the ambassador interview with Gunnar on all things health, fitness and lifestyle. 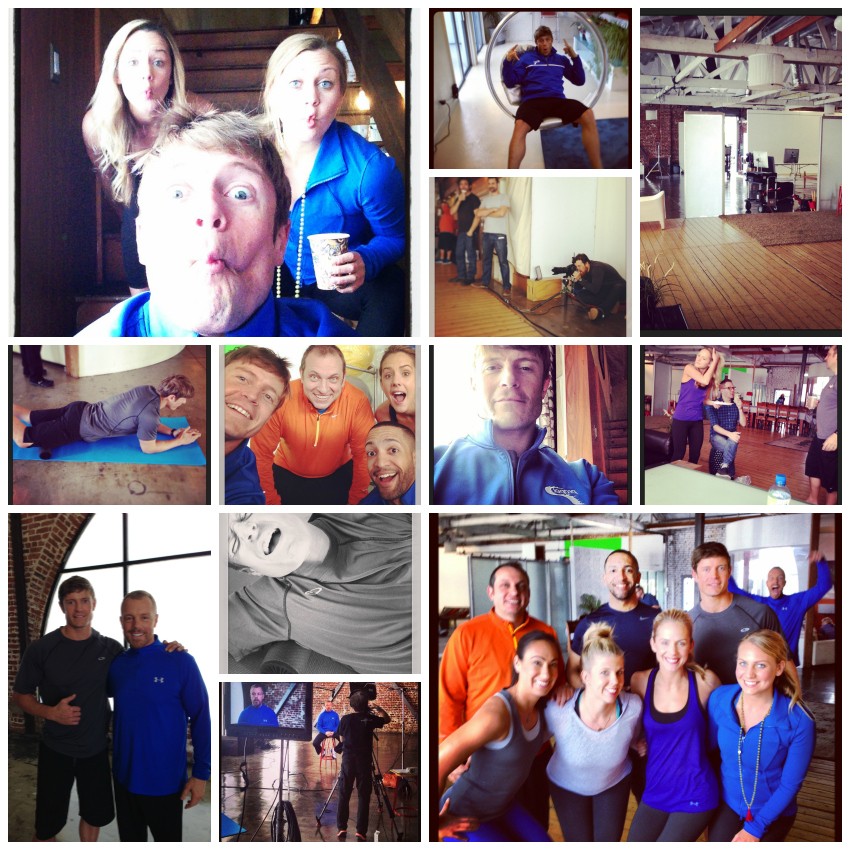 Between all the hurrying we’d often find ourselves waiting around a lot. Such is life don’t you think?

This is where my new-found philosophy on life started to emerge. Even though we were up with the sun at 6am and out on the shoots until 7 at night, we had a lot of ‘hurry up and wait’ going on. What do I mean by that? Simply put, a lot of our time was spent rushing between shoot-sites, make-up, wardrobe, staging, the gym, back to staging, back to wardrobe, back to make-up, back to staging, then shooting… get my drift?[/three_fifth]

Let me ask you a question – and really think about it – what do you do with the time spent while ‘waiting’ around between life’s big events?

In life, especially in today’s era of instant gratification and the ‘NOW’ society, we find ourselves running around between appointments and our life's milestones. However, if you think about it, the majority of our living actually takes place in the time spent between these milestones. The ‘waiting’ part of life to some. 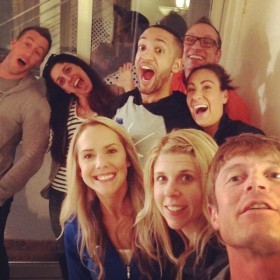 Sometimes while waiting around with friends, group selfies are a must!

Let me ask you a question – and really think about it – [highlight]what do you do with the time spent while ‘waiting’ around between life’s big events?[/highlight]

Linda Ellis’ poem “The Dash” epitomizes this philosophy as she relates to life being so much more than a bookend of dates appearing on our tombstones. Between the date of your birth and the date of your death is a simple little line – a ‘dash’ – this uninspiring line is everything that happens in-between those two little dates on your timeline. It’s how you live your life along with the friendships you make, the family you raise, and the legacy you leave behind.

The dash begs the question, how do you want your DASH to be remembered during your eulogy?

The #PropelFit shoot was much more than a weekend of adventures and pseudo-stardom, it was a weekend of new friendships, life experiences and memories I will cherish for years to come. Between Thursday “DASH“ Sunday, I lived, laughed and learned a lot.

Now it’s time to bring on the next DASH! Who’s with me?!