The history of the Burpee: Why we love to hate them #BuckFurpees 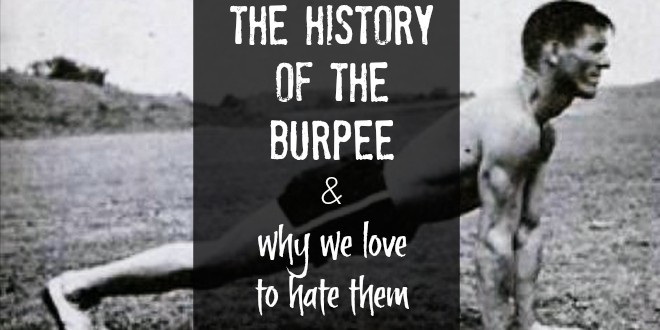 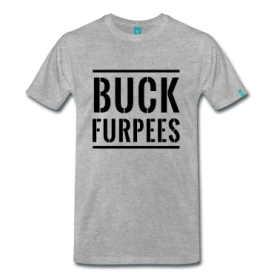 Have you heard of the Burpee? If ‘yes' then you know all too well the term “BuckFurpees” isn't just a funny T-shirt slogan but rather a term of endearment for one of most loved-to-be-hated exercises known to all of humanity.

For fitness enthusiasts, the funny name refers to a far from funny exercise. The Burpee is considered brutal by most, but effective by all. Its effectiveness puts it on the top of  the list of exercises programmed into workout routines, loved/hated by boot camps, used in military and navy fitness testing, and of course pretty much anyone with a sadistic tendency for hard workouts.

But! The Real Question most often asked is “What is a Burpee?”

The Burpee is a compound exercise movement that integrates two effective and well-known strength exercises: The push up and the squat. The Burpee then adds a touch of cardio the mix by transitioning between the squat and the push up with a jump. With that, the Burpee covers all the bases. 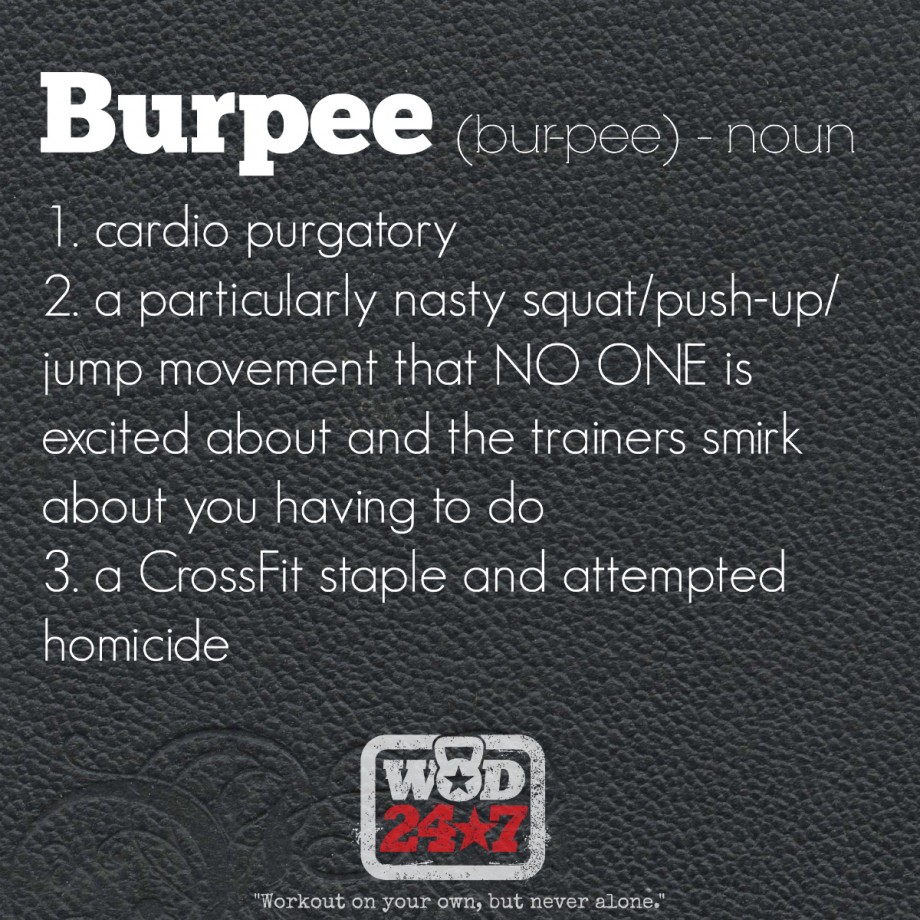 All you need in your fitness routine can be found in this one movement, cardio and strength, upper body and lower body strength and conditioning; it’s all there. In an interview I've even gone as far as calling the burpee the one exercise I'd choose to take with me if I was stranded on a deserted island… #truestory

The comprehensiveness of the Burpee is not the only reason behind its popularity. The exercise movement that made its way into many élite training programs and into grueling CrossFit sessions and competitions has much more going for it. A major strength is that the Burpee doesn't need any equipment; it completely relies on body weight. This makes it a convenient choice for an exerciser with limited options. Whether you are a beginner with no gym membership trying to improve your overall fitness at home, or if you are a long time fittie looking for something to keep your fitness level on the road, the Burpee delivers.

How to do a Burpee

You are 6 easy steps away from doing a successful Burpee.

“How to do a Burpee” Video and #300aDAY challenge:

If you search out burpee variants on the web, you'll inevitably come across the Wiki page. Here's some of the burpee variations to keep you interested in your soon to be most favorite exercise on the planet:

Hint: Scale back as needed

If the movement is too much and you find yourself not able to catch your breath between reps, then try modifying the movement to suit your current fitness level. For example, walk out the burpee instead of using the flop and jump technique. It will take a little longer, but at the end of the day a burpee is a burpee is a burpee. Chest to deck and back up again! Repeat!

Are burpees too easy? (said no one ever)

If you need to integrate more cardio into the movement, replace the vertical jump (step 6) with mountain climbers. Set the number of mountain climbers you do at a rate you find aerobically challenging.

If you need more muscle stimulation, put a pair of dumbbells near your feet. After jumping into a crouch (step 5), skip the vertical jump (step 6), and grab the weights before standing up to do an over shoulder press. When you drop back into the squat again, put the weights on the floor, then carry on with the Burpee. (PS – if this is your idea of fun, well, I don't like you – LOL!)

History of the Burpee

The Burpee gets its name from its inventor Royal H. Burpee, an American psychologist. Burpee was not only a psychologist, he was also a fitness enthusiast; he worked for the New York YMCA for over 50 years, according to the Washington Post. Following his passion for fitness, Burpee wanted to design a test to measure fitness, agility and coördination. The Burpee test was later adopted by the US navy and the US army to assess and train their recruits. 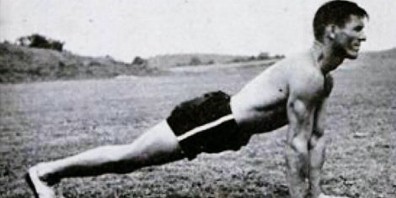 Say hello to Mr. Burpee himself!

How to get started… just start! 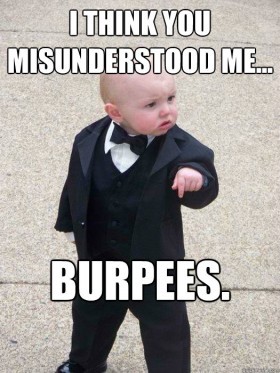 As mentioned, the Burpee can benefit beginners to advanced athletes, and of course everybody in between. For beginners, try to start with an easier variation until you get the conditioning and mobility just right, then go from there. This will help keep you injury free and enables you to work within your limits…

…and remember, if burpees ever become something you love to do, please seek immediate medical attention.