Working Out Naked Has Its Benefits – can you name 3? 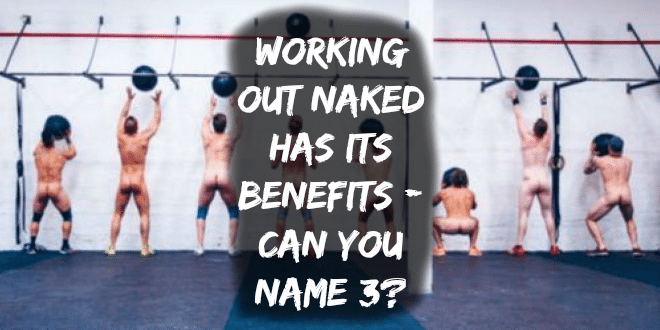 Working out naked, huh? The Ancient Greeks and Romans did it, so why shouldn't we? 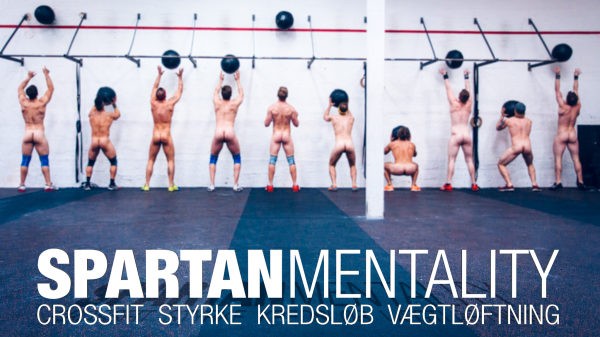 Several months ago a story of naked men doing CrossFit began to circulate the internet. It began in Aarhus, Denmark, when the owner of the Danish gym ‘Spartan Mentality’ Steffen Haldrup Andersen, decided to pull an April Fools joke with an ad featuring some ripped, muscular dudes throwing down a few CrossFit Workouts of the Day. CrossFit movements and exercises which included rope climbing, wall ball shots and some weight lifting, most that are arguably uncomfortable to do in the buff – well at least the rope climbs! 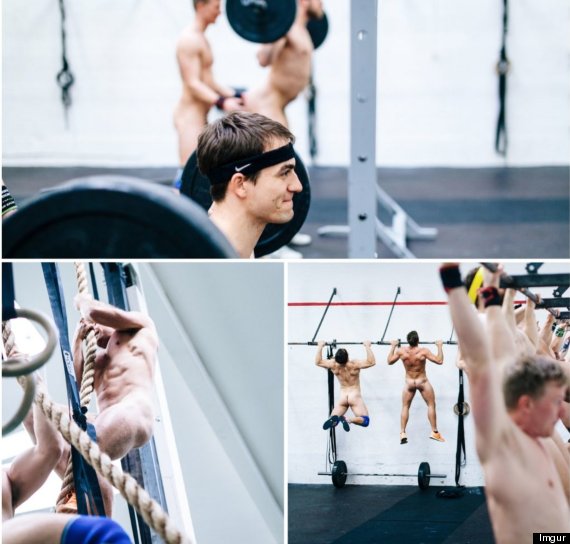 Andersen’s attitude was that people only wear the briefest of clothing when they come to do CrossFit at the gym anyway, so why bother with wearing anything at all. The ad upon going viral online resulted in a mad rush of requests from men in the surrounding areas who wanted to exercise naked. So, with more thought given, Sunday evening classes started…

Unfortunately, for those men that were keen to WOD (Workout of the Day) in their “birthday suits”, the naked training sessions were soon abandoned, mostly due to overwhelming media pressure.

The 4 benefits of working out, living free and naked

You ever wonder what the etymology of the word “gymnasium”?

As soon as you get home from work, the first thing you want to do is strip and change into loose casual clothing. However, you probably weren't aware, there's actually health benefits attached to being naked, especially during the hot summer months.

Some other great statistics on being naked can be found on Hank Pellissier's site: ImmortalLife.info

Advantages of Exercising in the Nude 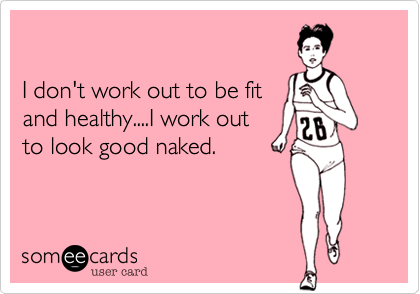 Exercising without any clothes on allows muscle groups to tone better without being confined in workout clothing, which restricts blood flow and acting like a sponge, collects all the sweat. This is a routine however that you can only do in your own home (most global gyms, CrossFit boxes and the like wouldn't approve). Now of course, if we all spent more time naked we'd probably pay better attention to our health, fitness and diet. The more aware we are of our bodies, the more we'd strive to keep our unclad vessels looking (and feeling) healthy.

How do you like to exercise: Nude or Clothed?

Most people are happy to workout at their local gym, either daily before or after work, or two or three times a week as they are able to fit it in their schedules. For the masses, we don't seem to mind that our sweat soaked workout clothes collects toxins, and after all, when the workout is done we're satisfied to shower, rinse off and put on some dry clothes anyway.

And you know what, that's perfectly all right. (heck, you aren't going to find me working out nude at the local box anytime soon)

Which group, do you fall in to, working out in the buff or clothed?