Why Sugar Kills Any Hope for a Balanced Diet

We all know junk food isn't good for us if we eat it on a regular basis, but the health effects associated with this greasy, sugary goodness might extend far beyond what we know about weight gain, cholesterol, and diabetes.

This is your Brain on Sugar?

In fact, according to a fascinating article from ScienceDaily.com, one study conducted on rats actually showed that a diet of junk food makes them lose their appetite for a more balanced diet.

It has been speculated that these behavioral changes are caused by junk food’s impact on parts of the brain associated with reward, such as the orbitofrontal cortex. This part of the brain is also directly linked to decision-making.

(Update:  Eating is addictive – but sugar, fat are not like drugs, study says) 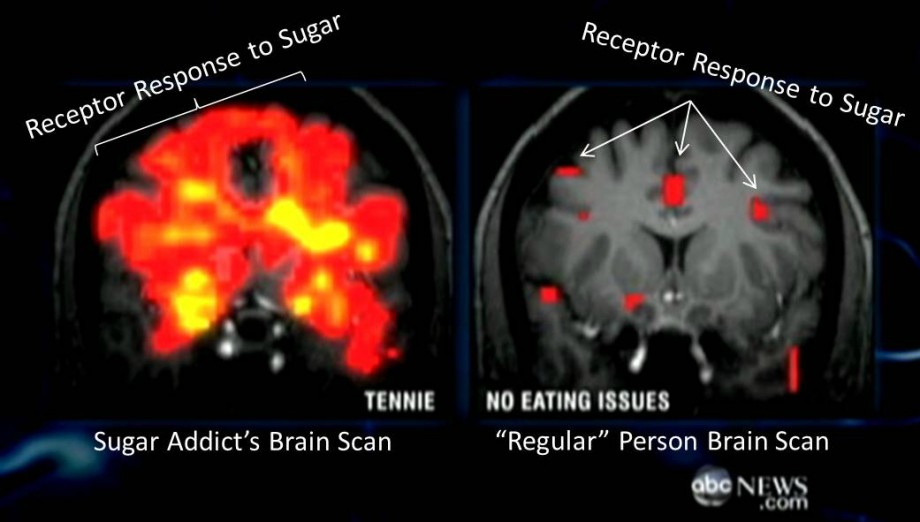 These findings should certainly resonate with those of you who have agonized over your own dietary decision-making and the fact that despite your knowledge of what a healthy, balanced diet looks like, you still can’t seem to make the right choices.

To borrow from the article:

“The interesting thing about this finding is that if the same thing happens in humans, eating junk food may change our responses to signals associated with food rewards.”

This makes a lot of sense if you think about your own experiences with junk food. How many of us can vouch for the psychological effects of a consistent intake of pizza and ice cream, and the slippery, slippery slope that can lead to an almost daily consumption of unhealthy food?

The below video is an exert from 60 Minutes, addressing the question “Is Sugar Toxic? The Latest Research Says So”

Sugar: An Escalation of Indulgence (a downward cycle?)

After just two short weeks on a diet of cookies, pie, and cake, the rats’ weight had increased by 10% and their food choices had also changed significantly.

Despite the natural tendency to not overeat that is hardwired into most animals, the rats became less and less interested in returning to their usual diet or trying new items that were added to the menu.

The effects of this junk food splurge seemed to continue for a long period, even after the rats were put back on their normal, healthy diet. 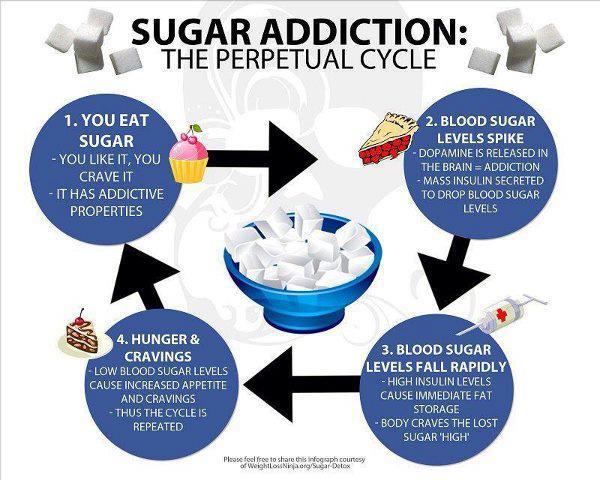 The Sugar Cycle – a downward spiral?

(Check out the following post as well: “Sugar: The Bitter Truth“.)

Light at the End of the Tunnel

Although this may seem disheartening to those of us who are trying to lose weight and ditch the junk, it is worth noting that the behaviors do change after a period of time. The more consistent you are with your own dieting efforts, the more you will begin to find it easier.

As someone who has personally battled successfully with large-scale weight loss, I can definitely vouch for the increasing ease of living a healthy lifestyle, so stay strong and keep at it; you’ll get there soon enough!

Have you struggled with Sugar cravings? Join me on the 21-day Sugar Detox