The Obesity Epidemic: Why our Kids are Overweight 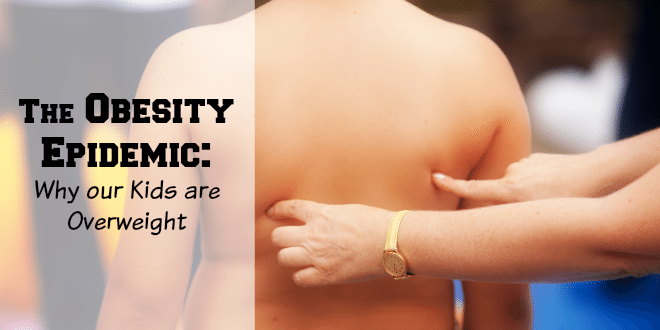 The time has come for a change in family habits.

42 million children under the age of 5 were overweight or obese in 2013. #WTFact

It’s pretty well-known fact that children today are eating more and moving less. Children spend increasing amounts of time sitting and watching activities on their TV or computer screen instead of actually taking part in physical activities themselves. They gain weight through eating far more calories than they can burn off, so that an increasing number of children are considered overweight or obese.

Ideally, children should be outside, enjoying the outdoors or playing games, instead of simply sitting and idly watching TV or button mashing their way through a video game.

In many cases, they are simply following an example set for them by their parents.

In the past, an afternoon with parents entailed going for a walk or playing type of game or sport. Now an afternoon with mom and dad is filled with watching a movie and munching on popcorn, or else chowing down on a fast food, and nutritionally deficient, meal. All of this adds up to overweight children, and lack of consideration for what is required for their bodies to stay in a healthy condition.

We are Breeding Cyber Kids

Studies have shown that of kids aged 2-17, 92% of them play video games, with two out of three having some sort of home gaming system. In American households with children, 83% have a home computer and 78% of these connected to the internet. While computers and mobile phones (used extensively for instant messaging, apps and other ‘time wasters’) were not the norm when most of the today’s parents were children, parents must pay attention to how much time their offspring spend on these gadgets.

On average, kids tend to spend six and a half hours per day sitting in front of a screen – whether to watch movies and television, do work on their computers, play video games, or converse with friends on their cell phones. As you can imagine, that leaves very little time for any form of physical activity or exercise that’ll get your child’s heart beating and blood pumping.

A study taken by the Kaiser Family Foundation found that at least a third of children six years and younger had a television of their own in their bedrooms. Of that group, 27% were equipped with a DVD player (or VCR). Furthermore, these young children spend an average of two hours per day at home watching TV, playing video games or on a juvenile computer.

Insufficient physical activity is 1 of the 10 leading risk factors for death worldwide. #WTFact

That’s not to say you have to unplug every device in your household. You can certainly allow your children to watch age-appropriate TV and movies – just make sure they’re taking part in physical activities as well. This is where parental control comes in: setting both goals for physical fitness and limitations for leisure activities. While it may seem daunting at first, keep in mind, this is not an impossible task. Try instituting a reward system, like an hour for hour of fitness for leisure time (spend an hour swimming, enjoy an hour of television). Or enroll your child in an activity that they’re interested in – everything from dance classes and martial arts to scouting and organized sports can be a great way to introduce some regularly scheduled physical activity.

Hereditary Genetics are causing my weight gain: Fact or Fiction?

I've heard the following in one form or another, “My Parents are overweight, so that's why I'm the way I am.“ 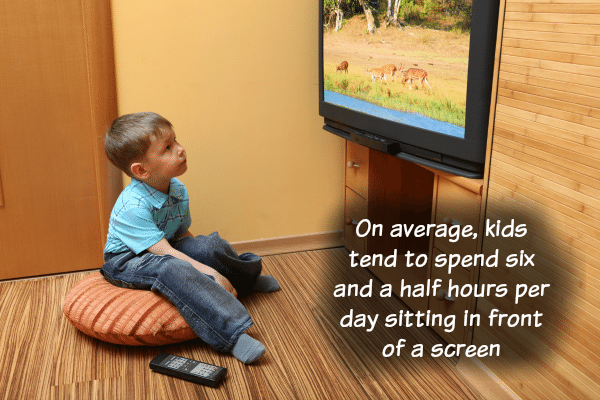 When parents are overweight, they are more than likely going to have overweight children. If the parents themselves are overweight or obese (whether through genetics, lifestyle or some combination of the two), the chances of having naturally slim kids is not very likely. (but this isn't set in stone people!)

However, generally speaking, regardless of genetics, you don’t have to condemn your child to a lifetime spent in a body they aren't comfortable with. Make sure you take an active role in your child’s health and overall well-being – ensure they eat a balanced diet and take part in an adequate amount of physical activity every day.

Ask yourself, what small changes could you apply today to ensure that your whole family was leading a healthier, more active lifestyle?

Maybe a family workout at the park…

Because of obesity, today’s children may have shorter life expectancies than their parents. #WTFact