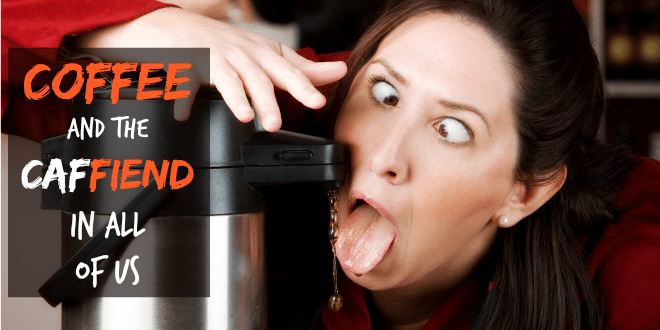 Coffee, java, joe, mud, rocket fuel. No matter what you call it, some people can’t live without their coffee.

Besides the distinct aroma, what makes people crave that cup of coffee?

Chances are it isn't the taste alone, but more so the jolt of caffeine that keeps coffee ‘fiends’ coming back for more.

The world consumes 2.25 billion cups of coffee a day . Finland is the top drinker, while the U.S. is the largest purchaser, and Japan charges the highest price per cup. Think of how much money and how much coffee that is and you’ll quickly realize – it’s a staggering amount. What’s even more amazing is that in those 2.25 billion cups of coffee is a drug that legally addicts you to wanting, even needing more – caffeine (1).

Many of us view caffeine as some mystery substance that’s simply a part of coffee, soft drinks, energy drinks, etc. It is hardly ever referred to as a drug – more like an ingredient.

Caffeine actually blocks the adenosine receptors (chemical messengers) that signal the brain and body to mellow. It also sensitizes the nerves and causes mental stimulation (2). These effects can be very positive, but they can also be rough on the body too. Caffeine alone has issues but coffee does also, just not as intense. As with any substance, there is the possibility of positive and negative effects that must be considered.

Caffeine: The Good, Bad and Ugly?

Possible negative effects of TOO much caffeine

Coffee: The Good, Better and BEST reasons to drink it! (Regular, not decaf or specialty)

It must be noted that other than the medication contraindications, coffee and caffeine only show negative effects when consumed in excess. (Author's Note: I've never had TOO much!)

Most people do not exceed the recommended caffeine amount, which is no more than 400mg a day (4). This is the equivalent of about four 8 oz. cups of coffee a day. This figure is representative of regularly brewed regular coffee and does not include specialty coffees or decaffeinated coffee.

Most of the excess and problems come from specialty coffees – lattes, espresso, iced coffee, and the other concoctions that have popped up and become daily drinks. Espresso is like a caffeine bomb – it varies from venue-to-venue, but packs a seriously caffeinated punch. The other specialty drinks are very sweet and can be a whopping 500 calories per serving (more than a Big Mac!)

As for your regular cup of coffee, it is actually a relatively healthy way to kick-start your day – so go ahead and grab a cup, enjoying in moderation. 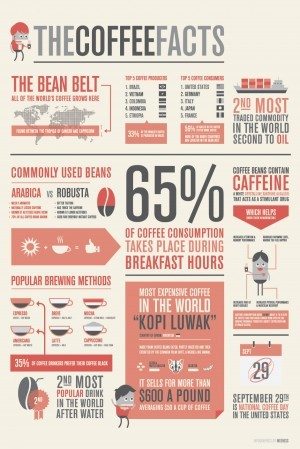 …which one is your favorite?