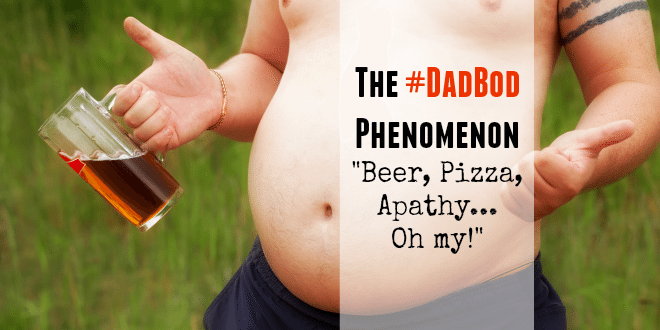 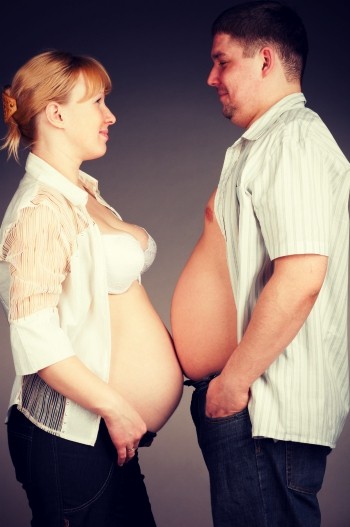 Well, the internet is broken again.

This time online communities everywhere hopped on the #DadBod train. And what's worse is it's further instilling a notion of mediocrity, complacency, and downright laziness in what will go down in history as our “fattest” generation yet.

Don’t know what I’m talking about?

Well, enjoy the following observations because if the internet is right, I'm out of a job…

When Mackenzie Pearson's post went live I don't think she thought the topic would get picked up by the media as much as it did. The post went viral and at time of writing this post had been shared over half a million times!

Pearson went on to describe the DadBod as…

…a nice balance between a beer gut and working out. The dad bod says, “I go to the gym occasionally, but I also drink heavily on the weekends and enjoy eating eight slices of pizza at a time.”

The DadBod mantra, which reads more like a Haiku, can be boiled down to:

“Beer bellies are in, biceps are out.

Workout once in a while.

And be okay with that.”

TV, news stations and other on and offline media outlets are got in on the conversation… even Jimmy Fallon shared some Pro's and Con's of “Having a DadBod”

The DadBod Phenomenon and Why it is a VERY BAD THING

As people, and as a society, we're always striving for bigger and better things. Entire nations are built on the concept of self-improvement and mastery over one's mind and body. 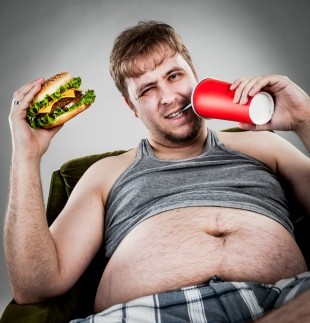 The DadBod is teaching men that it is acceptable to be lazy and to put essentially zero effort into one's health and well-being.

The Urban Dictionary defines the “Dad-Body” as someone who has “a body resembling a man who lives a sedentary lifestyle, flabby, usually comes with a keg gut. Once in shape, but clearly has lost most athletic properties. Best suited for sitting at a desk chair, possibly doing ones taxes.”

The DadBod is also destroying the concept of healthy pride in one's appearance. The kind of pride that can only be earned through consistent positive lifestyle choices. A daily commitment to movement with purpose, an undeniable respect of one’s own health, and eating a diet that’s in line with desired lifestyle goals.

Although the DadBod phenomenon is harmful to men, it is arguably even worse for women.

The DadBod and Women 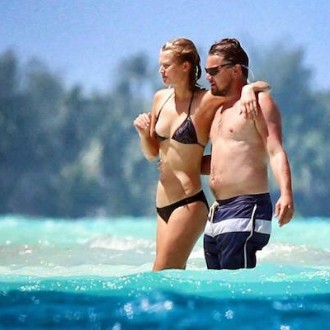 This may not be the most popular opinion, but the DadBod phenomenon is alluding that women should pursue men who are somehow below them.

There are a lot of people who feel the need to be the “good-looking one” in a relationship, whether due to personal insecurities or some other reason. It is difficult to argue for this being a healthy approach to a relationship. (check out Elite Daily's heated article vehemently lambasting the DadBod)

Ms. Pearson’s article implies that women who are insecure or uncomfortable with their own appearance can now comfort themselves by being with a man who is lazy and overweight, so they can feel as if they somehow have the upper hand.

Again, this is probably not the most popular opinion – and it is no way intended to be disrespectful to men or women – but there is definitely something to be said for taking pride in the health for both yourself and your partner.

Surely this has to be better than trying to attract a partner because they make you feel better about your own insecurities!

And for some humorous commentary from a woman's perspective, check out this clip from The Daily Show:

The DadBod and Physical Health

Perhaps the most harmful aspect of the DadBod phenomenon is that it's glorifying an unhealthy lifestyle. (Hey if you want this body, here's a meal plan to get you there!)

Frequent excessive consumption of beers and pizza is hardly a good way to live life, and at the very least it is a sure-fire way to live a shorter, less-enjoyable life.

Diabetes, hypertension, heart disease, and all manner of other health conditions are linked to being obese or overweight, not to mention the harmful effects of living a sedentary lifestyle.

Instead of trying to make ourselves feel better about our own shortcomings, why not take an attitude of self-betterment instead? 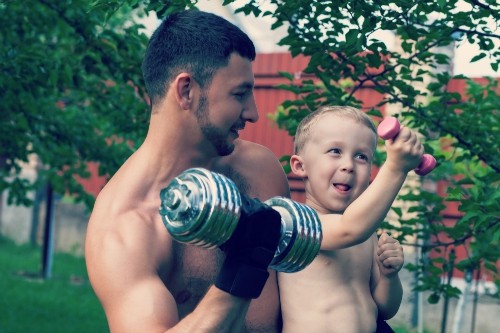 Be the best role model you can for your kids – they're always watching!

If you are not happy with the way you look now, then use that as motivation to start adopting more positive habits in your day-to-day life.

You don't have to do everything all at once; start by eliminating sugary drinks, and perhaps next month, add one or two more healthy meals each week.

Continue in this step-by-step fashion and before you know it, you will have given your lifestyle a complete overhaul. Not only will this benefit you, but it will set an example for your children and everyone around you to live in a healthier, and ultimately happier, way.

I don’t care how old I live; I just want to be LIVING while I am living! – Jack LaLanne