A Type A Personality’s Path to Discovering Meditation and Mindfulness 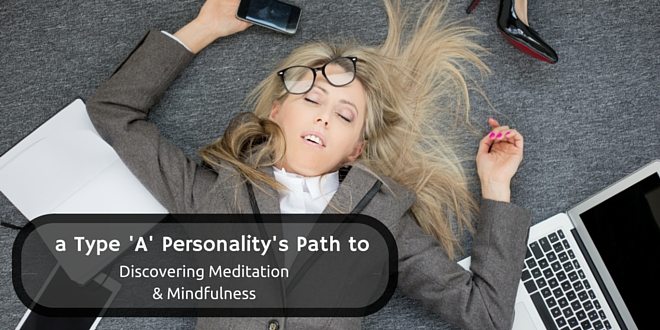 Forty ego-driven, smart phone crazed college students sat in a room being instructed to follow our breathing. My thoughts were dominated by how uncomfortable I was (I had the flexibility of an oak tree) among other things like, “if the k makes a kuh sound and the s makes the ssss sound, why do we need a c? and when Katie asked to study was it because I have an A or does she like me? The merits of following your breath are not self-evident, especially to a young, single American male seeking grades, girls, and glory. I left intent on writing my paper about the experience and never again becoming conscious that I was breathing.

The Big Questions: Why should I meditate? Is mindfulness practice for me?

It was right around this time I began a private battle with anxiety and obsessiveness that rocked my world and led me to question everything I’d ever believed. When I finally sought advice from a few mentors and family members, I received wide-ranging advice-from more time in church, to counseling, to medication. Hardheaded as is the Type A nature, I ignored these suggestions and sought out distraction and inspiration. I put my energy into school, my weight room hobby, and reading about any life philosophy that confirmed what I wanted to believe that day. Pride guided me through my college years as I remained a highly functioning addict of obsessive thought patterns and well hidden anxiety. There were very high highs and very low lows as I hid behind a tough exterior and sterling GPA.

After graduation, I began teaching and coaching. There came a sense of peace in my love of work and the focus it required. I was happy and motivated, while anxious and driven by imposter fear- would this façade as an arrogant, successful young guy crumble? I made good friends and dealt with my anxiety by staying busy and refocusing my attention to a new found passion in strength and conditioning and an obsession with success psychology. I poured through books like Habit, by Charles Duhigg and lectures by Tony Robbins as I searched for a way to “beat” anxiety and change the world. I’d go through all the Tony Robbins steps of Massive Action Planning and training positive associations. More often, these steps led me to push harder and fight against every thought that was inconsistent with my perfect goals. I found that the more I fought against thoughts of failure the more they persisted.

Searching for answers: What is Meditation?

As I independently sought answers, I was repeatedly exposed to the benefits of meditation. Time magazine did an issue on the “Secrets of Living Longer” which highlighted far ranging health benefits of meditation. Seemingly every issue of Men’s Health offered benefits and examples of successful people meditating. Everyone from Weezer’s lead singer, Rivers Cuomo, to Phil Jackson, to the Marines were meditating in efforts to tame their turncoat minds. 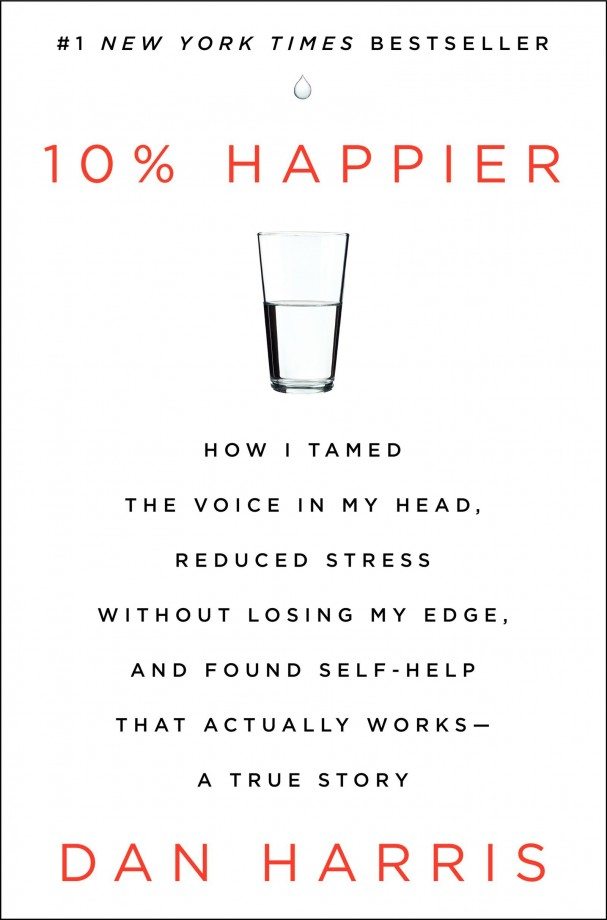 It was Stephen Colbert’s interview of Dan Harris, an ABC News reporter who’d written a book on his journey through meditation, (10% Happier) which finally resonated with me. Harris described the process of noticing a distracting thought and bringing attention back to the breath as a “push-up for your brain.” It took workout terminology to get the benefits of meditation across to this strength coach. I finally decided I needed to fit daily meditation into my schedule.

First things first: The ‘how to' of meditation and mindfulness practice

The next day I found a 10 minute meditation music on YouTube, and I began following my breath… kind of.

I was inundated with questions. Was I doing this right? How does this work? Is this just not for me? Shouldn’t I be feeling different by now? Am I feeling different? Am I at peace? At least those were relevant questions. I was also swept away with the typical litany of random thoughts — Is P Diddy, Puff Daddy again?

Being desperate for a fast result, I was quickly discouraged. I’d try a couple 10-minute spurts a week, but without any consistency I knew my efforts were futile. There was always a good excuse not to make it a habit, even though that was the obvious answer. Meanwhile, I’d persist with my hard charging nature until I got anxious or frustrated and then attempt a few “This had better work” quick fix meditation attempts. These usually did more harm than good as a flood of anxiety arose when I tried to quiet the mind. I’d begin having a dry throat that had to be cleared every few seconds and obsessive thoughts I’d feel compelled to fight like, “If I’m meditating does this make me Buddhist? I can’t be Buddhist — those guys are lame. I want to be passionate, energetic, and inspiring. I can’t let myself be Buddhist. They just sit back and won’t fight for anything…” I’d have fights in my mind to prove I was not turning Buddhist. This was not common, or overwhelming, but it became another annoying thought pattern, which I felt I must arm myself against. 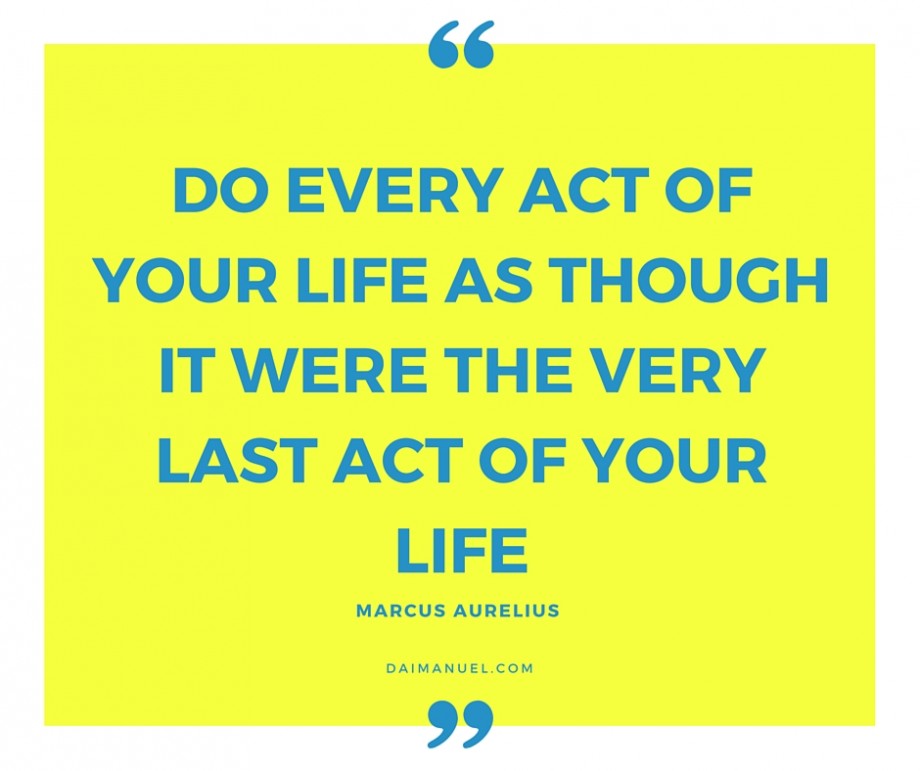 On the drive to a Strength and Conditioning conference at the University of Texas, I finally listened to the Audible recording of Dan Harris’s “10% Happier”.

I found Harris and I had much in common, particularly his once firm conviction that the “price of security was insecurity.” In other words, if you want to ensure you maintain your job, relationships, physique, mental intellect, or whatever you hold dear, you must anxiously and persistently work to guard against any threats.

What Harris’s experiences made evident to me was that this was certainly not the case. On the contrary, my insecurity had been the greatest barrier to realizing my potential. Furthermore, I saw that meditation would not change me from the person I was, rather it would make it possible for me to have faith in myself and cultivate my truest passions on a far deeper level.

Buddhists were not lifeless, detached, floaters without energy, vision, or goals, rather they could be the most passionate of people with the most ambitious of goals. They just were able to better develop an emotional intelligence that created far greater perspective. Meditation provided a method of training the mind which brought the individual back into communion with what is undeniably true in nature and the self. This peace and larger context would eventually offer me greater happiness, personal satisfaction, and feelings of possibility than I’d have thought possible.

Despite being sold on meditation (funny everyone time I type this word I am still overwhelmed by the negative connotation associated. I still feel a twinge of embarrassment at this most “untough” practice), I was happy and busy enough in my life that I didn’t make it a priority.

The big question was when to meditate

I knew I needed to make it a habit or it would never happen. For 3 years I’d run every morning and lifted weights 6 days a week. Obviously this was too much and was hurting my progress towards any physical goal, but I wouldn’t stop because I was sure this was the secret to any success I’d had. As is often the case, it was necessity and a girl that finally pushed me to do what I’d known I needed to for a long time. I began dating my wife to be. It did not take me long to fall head over heels for her. I knew for me to be able to be the man she deserved, I needed to have my emotions under control and be driven by love rather than fear.

After a week of dating this beautiful woman, I was meditating every day for 20 minutes using an invaluable website called Headspace. I changed the label from meditation to mental training to take the negative connotation away. Headspace provided a step-by-step tutorial to help me train my mind and understand what was going on in my practice. My questions were answered methodically by the most qualified of men, former Buddhist monk, Andy Puddicombe.

With Andy's many recorded sessions and graphic informational videos, what I was doing and the direct application in life began to make much more sense.

Does meditation work for Type A personalities?

There were days when I’d be discouraged by the slowness of progress or feel I was too busy, but I had formed the habit and made this a top priority. Looking back almost two years later the change is staggering. I can’t imagine being happier. I’m no longer at the whim of the thoughts that pop into my head. I’m positive inwardly and outwardly and am far happier to just move with the ebbs and flows of life. I am better able to bring contagious joy to kids and coworkers, while not feeling as disheartened when things aren’t perfect. My wife and friends certainly would probably laugh at these statements. I’m still a type A. I’m still driven by success. I still like to passionately attack tons of challenges and fill my schedule and I still don’t like it when my busy schedule doesn’t go as planned. Some things won’t ever change and with others I will continue to get better. I know I’d do good to become more of an Essentialist. What’s undeniable is that by committing to mental training (meditation) I am far happier and feel far more optimistic about the future. I wish this for everyone.

I can hear the questions of westerners everywhere- so am I a Buddhist? I don’t really know and I don’t really care. My wardrobe doesn’t feature robes and my Spotify has no playlists of wind chimes or bells. If push came to shove, I’d say I’m not. I look at Buddhism as I look at Daoism, Essentialism, the four plates theory, John Wooden’s Pyramid of Success, or Joe Kenn’s Applied Concurrent Sequencing Periodization method. They are all philosophies I can learn from and apply when necessary.

I don’t care to commit to any one way of thinking, but I do know mindfulness meditation, like exercise, is and will always be a part of my personal development. It is the best training I know of to develop greater emotional intelligence. The world’s number 1 tennis player, Novak Djokovic, believes at his level mental training is more important than physical. A firm Orthodox Christian, he has no issue admitting that his daily regimen of meditation has been a secret to his success. It seems no matter your craft or worldview, the benefits are there for you. If you see past the many stereotypes that limited me for so long, I believe you and everyone would find the benefit of a little mental training.

Just a few mindfulness tweetables for you too…

Do not ruin today with mourning tomorrow – Catherynne M. Valente

Life is a dance. Mindfulness is witnessing that dance – Amit Ray 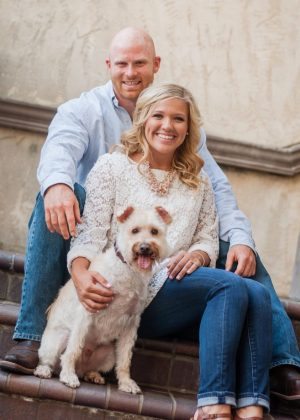 My name is Shane Trotter and I am the Strength & Conditioning Coordinator at Mansfield High School. I am a CSCS, USAW Level 1, and ISSA CFT. I’m married to an amazing woman who also teaches, coaches, and plays dog mom to our 2 awesome Schnauzers. My website www.amateurstrength.com is aimed at providing clarity in training and fitness to parents, young athletes, and trainees. At heart, I’m just a big kid who wants to play and is passionate about bringing health and vitality to as many people as possible.