Treatment of addictions doesn’t work but lifestyle changes do

Treatment of addictions isn’t working… there I said it!

Over the past 4 months, I’ve shared a lot of my own personal experiences as it relates to my history with traditional 12-step treatment models and alcoholism. The more research I gather, and the more conversations I have with people in the ‘business of treatment’, the more obvious it becomes to me that there’s a larger problem at work and what's being offered up as the standard of treatment isn’t working.

Before I share some ideas worth talking about, let me back up a few steps, and share some information I’ve learned. In sharing some of this information, my hopes are that you begin to question the current things as they are as it relates to the businesses of treatment and recovery. Please keep an open mind, recognizing I’m not trying to be antagonistic, or dogmatic, I’m only looking to stimulate a conversation away from treatment and recovery, towards one of the lifestyle changes, empowering transformations, and personal choice.

So, what’s the problem with the business of addiction treatment and recovery?

Treatments of addictions is BIG business. In the United States alone, the addiction treatment industry has grown to a staggering tune of $34 billion dollars a year, meanwhile, overdose death rates have tripled in the past two and a half decades.

While the growth is staggering, it pales in the scope of the human cost associated with excessive alcohol consumption and drug overdoses, which jointly accounts for nearly 127,000 deaths per year. 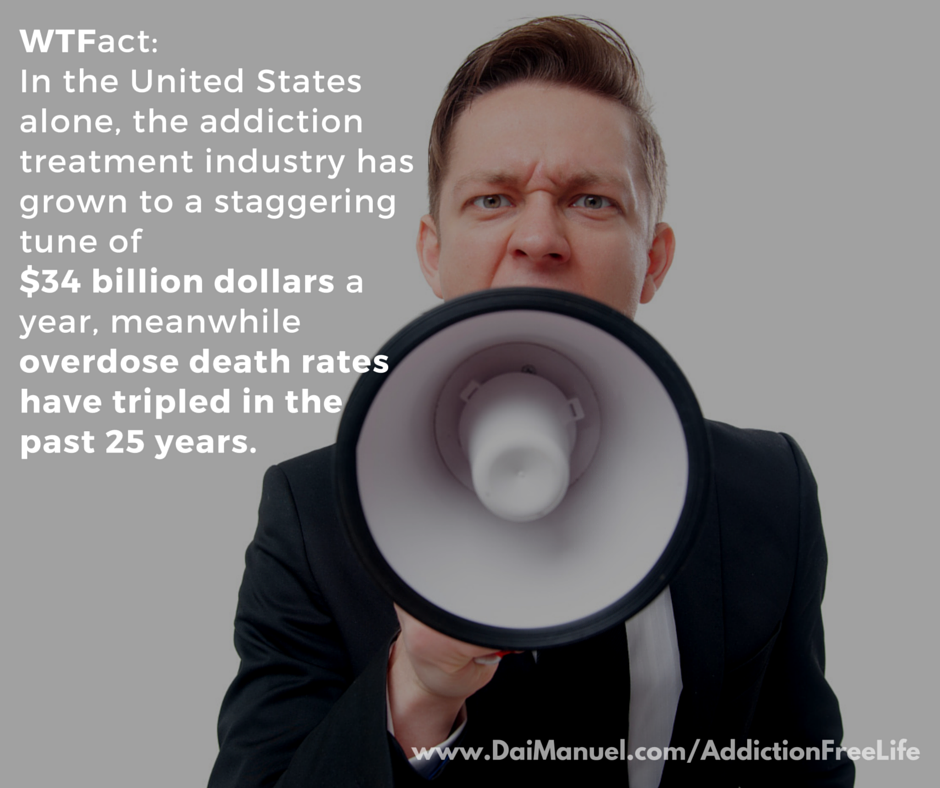 [highlight color=”yellow”]It would seem that the treatment solutions being offered up are not working.[/highlight]

According to the disease model, ‘addiction is very much a brain disease’. It is reported that brain abnormalities cause people with the disease to become addicted to substances or activities once exposure to these stimuli occurs. This model considers addiction IRREVERSIBLE once acquired.

The ONLY way one diseased with addiction can recover ‘consists of developing and maintaining complete abstinence from all addictive substances and activities. Abstinence arrests the disease.’

Many of the treatment facilities and organizations that accept this model own the fact that complete abstinence is difficult to achieve and as such the model stresses the importance of peer group support and attendance at regular meetings.

“People are active agents in – not passive victims of – their addictions.” Stanton Peele

What I found extremely interesting was the fact that many of the websites and literature surrounding the disease model of addiction and recovery, often compare alcohol or drug addiction to cancer.

One example from a very prominent site reads:

‘Cancer survivors share with the group their personal experiences of the disease and of recovery. Similarly, addicts and alcoholics support each other in groups such as Alcoholics Anonymous. They share their personal experiences of addiction and recovery and provide hope and inspiration to each other. When people support each other in this manner, they become more hopeful. Therefore, they are more motivated to take the necessary steps toward recovery.’

And here’s the crazy thing, if addiction is a disease like cancer, stroke and heart disease, and large amounts of money are continually invested in the study of these diseases, at what point do we demand results?

Not sure where I’m going with this? Bear with me a second.

Here are some figures to chew on:

Wondering what all these dollars in research studies have to report back from an ROI standpoint?

Here are the stats…

The $1.76 billion per year investment in Heart Disease Research has returned:

The $7.94 billion invested yearly into Cancer Research has returned:

The $325 million invested annually into Stroke Research has returned:

The numbers are staggering! Clearly money invested in the research and treatment of diseases yields a positive return, so why isn’t the money being thrown at addiction research providing the same results?

If you are a visual learner like me, you’ll appreciate the well laid out, researched infographic produced by Saint Jude Retreats. (see below)

What’s the ‘Business of Recovery’?

With all this money being spent within the treatment industry – remember to a tune of $35 billion according to the Substance Abuse and Mental Health Services Administration – we have to wonder, why we don’t have more scientific-based evidence supporting the efficacy of programs like Alcoholics Anonymous or similarly designed 12 step programs.

‘The Business of Recovery’ is a documentary that sheds a light on many of the problems within the treatment industries. An article worth exploring, ‘Inside the $35 billion addiction treatment industry’ by Dan Munro appeared on Forbes.com makes great mention of a few of the startling statistics and findings shared by the film.

Ruben Baler, a health scientist at the National Institute on Drug Abuse, addresses the key concerns head on when he states:

12 Step programs are very popular, but if you’re looking for figures and randomized trials and scientifically rigorous studies of how they work and for how many people they work ‒ you will not find those studies. You will find anecdotal evidence ‒ for people who it did work [for] ‒ but unfortunately we don’t have the scientific basis to say how many of all those people who tried a 12 Step program ‒ how many of those failed.

The film is definitely an eye opener and puts our status quo beliefs about treatment in question. Not sure? Finding this a bit incredulous? Fair enough. Do you own due diligence and see what you come up with.

I feel you’ll come to a similar conclusion and find that ‘treatment doesn’t work!’

Defining is THE problem: Labeling of Addictions and the Pokémon Go Connection

Throughout this process of researching addictions, I find that much of the misinformation appears to stem from the definition itself. The labeling of substance abuse and/or addiction as a disease is quite absurd when you look at any other behavior in place of the substance or habit being defined as ‘the abuse’.

As an example, let’s look at the well-accepted definition of addiction (or substance dependence) and compare it to the global phenomenon that’s taking millions by storm — that is Pokémon Go.

First, let’s look at how the Diagnostic and Statistical Manual of Mental Disorders (American Psychiatric Association) defines addiction or substance abuse as a disease: 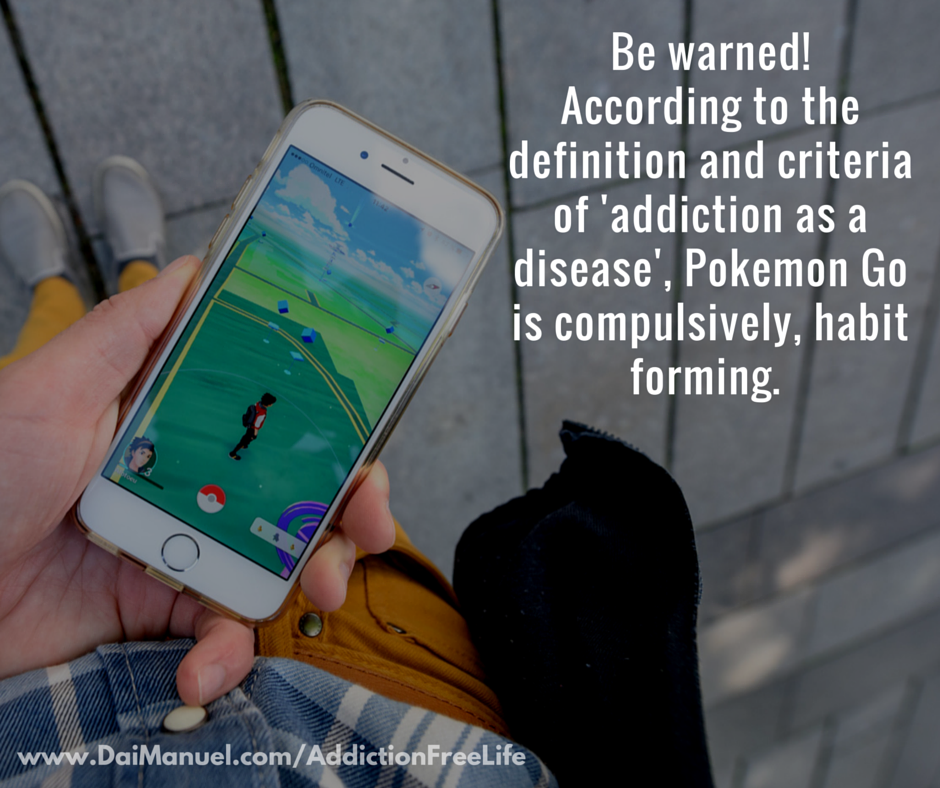 Now let’s take this defined criteria and insert Pokeman Go as the behavior or action in question:

This is just one example of how you can literally put any behavior to fit the definition and label anything as a disease. And there lies a big problem with labeling any chosen behaviors as diseases and taking the control away from the person.

A Non-Treatment Approach to Dealing with Substance Abuse and Addiction

Common knowledge among the North American culture is that if we suffer from an addiction, we have to ‘join’ the treatment industry and subject ourselves to a great deal of misinformation which is largely unproven.

While there exist several nontraditional treatment options, the only truly non-treatment based option is that of the Saint Jude Retreats, which help people overcome an unwanted habit or unwanted behavior. Or, even better, they go about helping those dealing with substance issues by helping them see how they can improve their lives and in turn leave the unwanted baggage behind them. 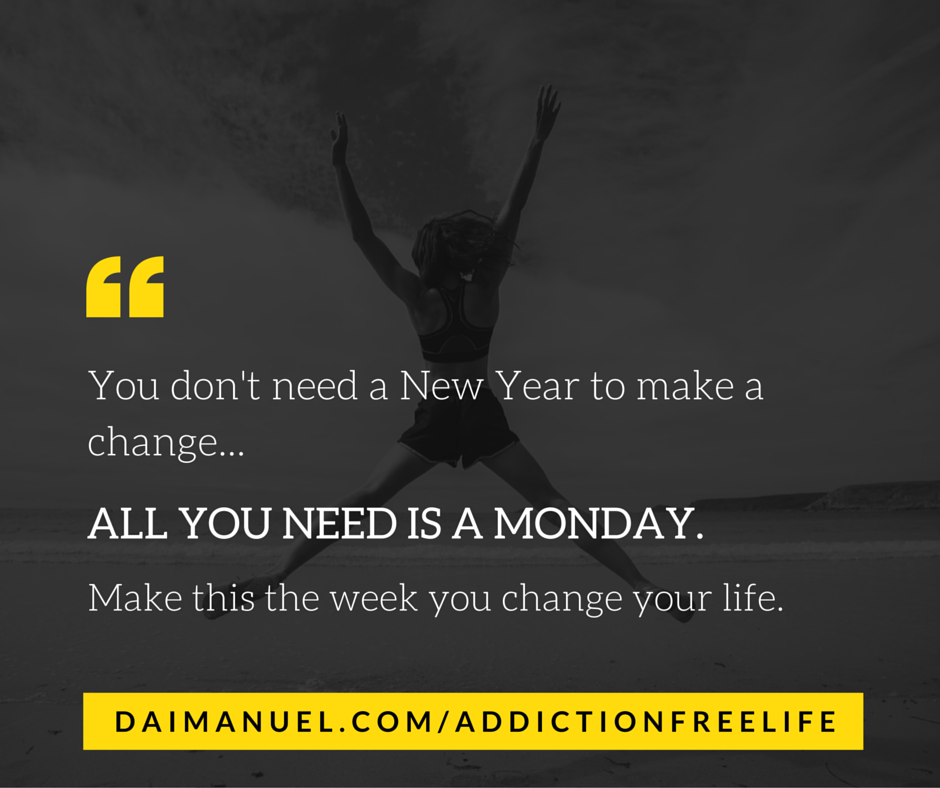 In writing this article, I had the opportunity to interview Ryan Schwantes, president of Baldwin Research Institute (the parent company of Saint Jude Retreats). Over fifteen years ago Ryan committed his life to help others realize there are alternative methods to achieving new habits, establishing lifestyle habits that are geared to building lives on happiness first. He believes no one should allow themselves to give up on their dreams and everyone has the power within themselves to build the life they want and absolutely no one has the right to tell them they can’t or won’t be successful and happy!

Below is Ryan’s recounting of a conversation he shared long ago which forever affected the trajectory of his life’s path.

Gerald Brown (Jer), one of the [Saint Jude Retreats] Co-Founders, once told me “Ryan, nothing is wrong with you, and you’re going to be fine”.

As simple as that sounds, it was so powerful because up to that point I had learned I was diseased and I was pretty much doomed for the rest of my life. All my dreams and goals were out the window because I was forever going to be dealing with my disease of addiction.

I have always been a person with extreme pride, self-determination, strong-willed and motivated individual with strong principles, and well-grounded moral values.  I always had an overabundance of energy and I was able to overcome adversity in my life by mentally and physically working through pretty much anything that came my way. I guess I considered myself a pretty tough nut to crack but I have to say I was holding on by a shred at that point to not succumb to the nonsense.

I was not a person that was easily intimidated, but I was literally scared shitless that I wasn’t going to be able to beat this disease. When Jer told me that I was going to be fine and I had nothing wrong with me, I immediately thought… I knew it… I knew I wasn’t nuts and now here was this wise Yoda type guy confirming what I was thinking in my head for the past several years. It was literally like I was injected with all the old drive, determination, and energy I once had, and the fire within me began to explode again!

Ever since then I haven’t looked back and have strived to achieve every goal I set out to carry out and I vowed to never let anyone or anything tell me I can’t do something or tell me to believe or think a certain way because I was “supposed” to. Never again!

And I have vowed to do everything I can to help others see that despite what they have been told, and what they are expected to believe, they aren’t doomed and they aren’t sick and diseased. I want them to know there’s nothing wrong with them and they’re going to be fine.

I shared a similar experience as Ryan.

My wife Christie was my Jer. I shared that moment when I made a personal choice to change a habit that was not in alignment with who I wanted to be. Sometimes the simplest choice is the right choice, and all it takes is one person to believe in you, as Christie and Jer believed in us.

The fact is that if you or anyone you know want to change a self-defeating habit that isn’t serving you, such as a compulsion to drink or use other substances, there exist options outside of the disease treatment system. And the solution lies in non-treatment!

You can change anything you choose to change, and sometimes it just takes a conversation to target your specific challenges, needs, concerns, hopes, goals, and dreams. Help you remember what it is you want most from your life.

For what it is worth, if you are reading this article and something in you is driving you to seek a change, I want you to know I believe in you. There’s nothing wrong with you and you’re going to be fine.

Don't stop here, check out the other articles from the Addiction for Life series 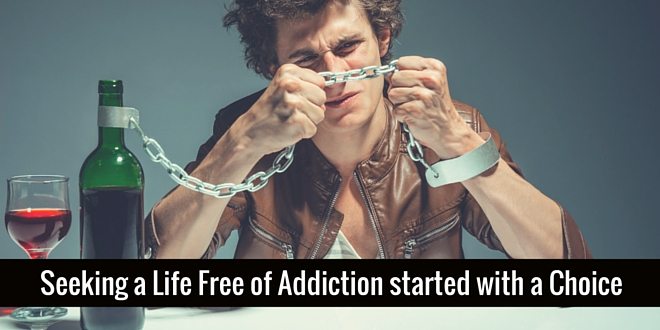 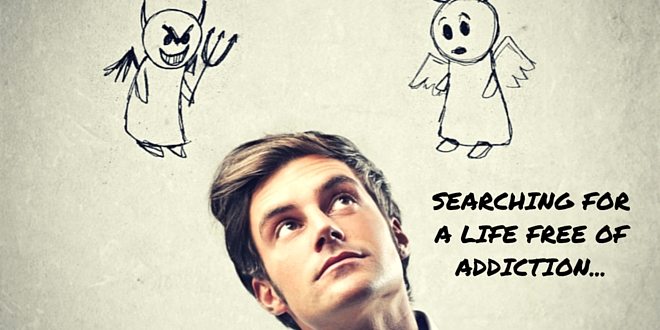 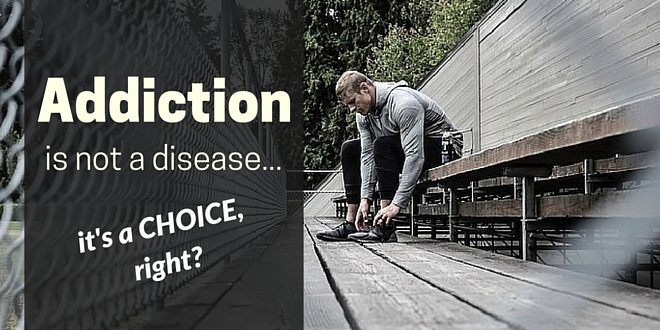 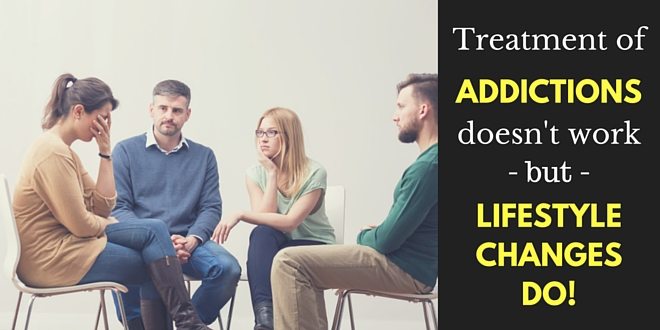 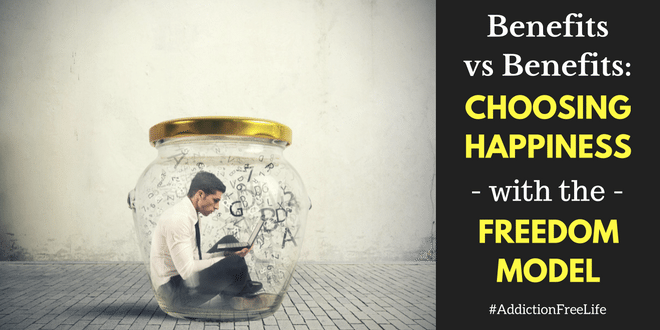 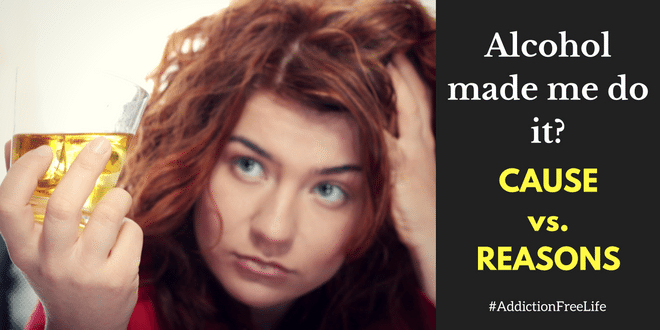 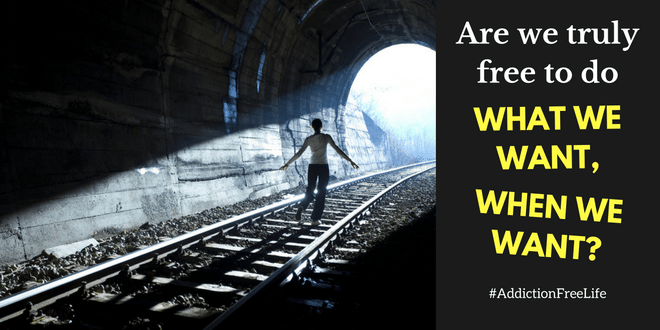