Since the 1970’s low-fat diets have been recommended as the ideal way to lose weight and maximize health.

This recommendation was actually based off some extremely poor scientific evidence, which looked at the relationship between fat intake and heart disease on a societal level in six (yes, only six) countries. The authors saw, that in those six countries, those that had higher fat intakes also had a higher incidence of cardiovascular disease – leading to the conclusion that fat intake must be the cause of heart disease.

Interestingly, had the authors decided to include data on the world's remaining countries (and there is a lot more to include!), they would have seen absolutely no association with fat intake and cardiovascular disease, rendering their first hypothesis useless.

Despite this, this first study becomes the basis of the US dietary guidelines, which were then implemented in the 1970’s. As a result, our diets have shifted from including natural, unprocessed foods (that were admittedly often high in fat) to heavily processed, low-fat alternatives.

Interestingly, obesity rates have risen steadily ever since.

Now it is important to make this distinction early. I am not demonizing carbohydrates. Carbohydrates have their place in a well-balanced diet – assuming they come from natural, non-processed sources.

But so should fats?

Despite what some health authorities may suggest, fats can play a seriously important role in maintaining optimal levels of health and promoting weight loss – when implemented into the diet correctly.

Moreover, opting for a low-fat diet may actually lead to a host of health and weight related problems. In this article I will outline the biggest issues posed by low-fat diets, and what you should do as an alternative. So, let's start by listing out ‘3 Reasons Why Low Fat is Not the Answer to Being Healthy', period.

The individual who says it is not possible should move out of the way of those doing it – T. Cunningham

1. Low-fat diets can lead to the overconsumption of harmful foods

When the low-fat craze first hit, food manufacturers immediately jumped on the bandwagon. The started producing an absurd amount of low-fat food alternatives (advertised as ‘healthy’, of course), as a way to sell their products to those health conscious members of society. 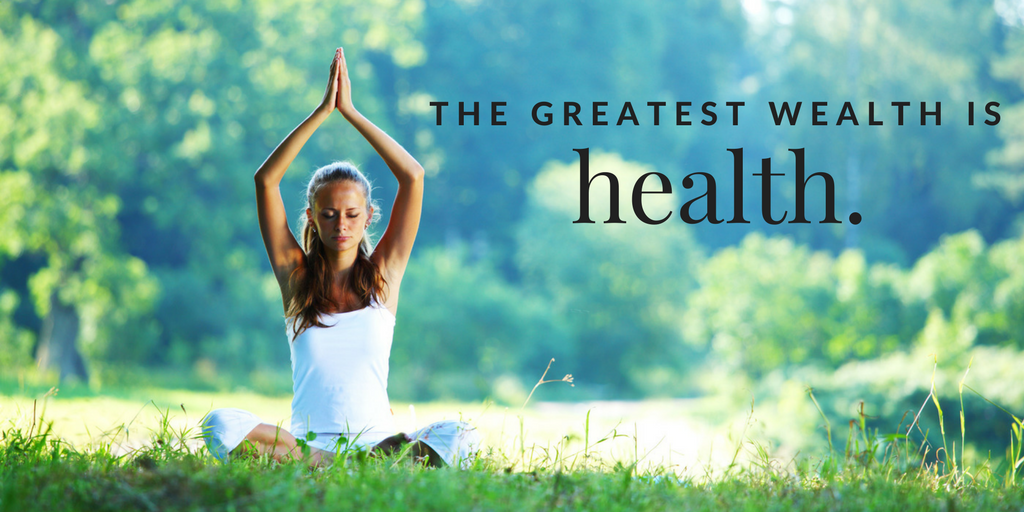 This was done by removing the fat from the food. But to make sure that these foods maintained their palatability (AKA they were still tasty), those same food manufacturers increased the sugar content of their foods considerably. And, considering that sugar is a carbohydrate, these foods could be safely labeled as low-fat.

Now, diets high in processed carbohydrates (such as sugar) have shown extremely strong associations with increased rates of cardiovascular disease, diabetes, and even cancer.

Moreover, this same low-fat recommendation also includes the consumption of vegetables, as they have been before purported to cut levels of blood cholesterol acutely. Unfortunately, the chronic consumption of this same oil has been shown to cause systemic inflammation and heart disease.

2. Low-fat diets can raise the levels of your blood triglycerides

High levels of triglycerides in the blood are a known risk factor for cardiovascular and heart disease. They have also demonstrated a strong relationship with an increased incidence of type II diabetes, obesity, and metabolic syndrome.

Because low-fat diets are essential very high in carbohydrates, they lead to a direct increase in blood triglycerides. This, in turn, results in an increased risk of diabetes, heart disease, obesity, and metabolic syndrome. 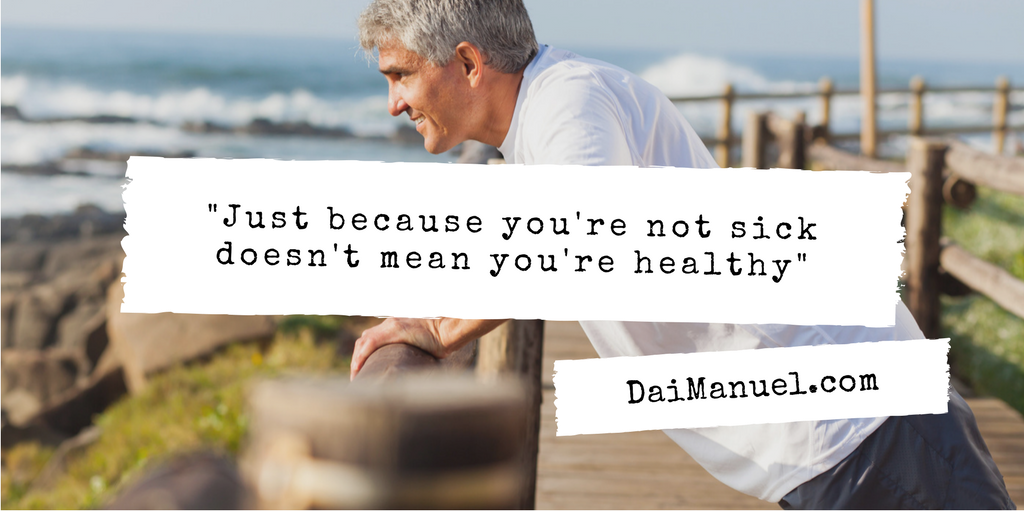 While testosterone is often only considered for its role in fat metabolism and muscle-building, it actually plays a vast number of roles within the human body that integral to the maintenance of cardiovascular heath and sexual function – in both men and women.

Testosterone is a steroid hormone, and as such is actually composed of cholesterol. Cholesterol is technically a fat and is found in foods that contain saturated or monounsaturated fats (such as meats and dairy products). By limiting our intake of dietary fats, we can limit our intake of cholesterol which will cause a subsequent reduction in testosterone production.Having reduced testosterone can lead to sarcopenia (clinically low levels of muscle mass), large increases in body fat, low bone density (which can lead to osteoporosis), depression, and a reduction in libido, among a host of other complications.

Having reduced testosterone can lead to sarcopenia (clinically low levels of muscle mass), large increases in body fat, low bone density (which can lead to osteoporosis), depression, and a reduction in libido, among a host of other complications.

Low-fat diets have shown to significantly cut the amount of testosterone naturally occurring within the body, which unsurprisingly increases the risk of developing one of these associated health issues.

What we can do instead

So, it becomes pretty clear that exclusion of fat from our diet can have some pretty nasty side effects, including cardiovascular complications, weight gain, and reduced bone density (among many others).

Fortunately for us, we don’t have to eat a diet low in fat. There are many avenues we can choose to take that can lead to healthy eating patterns, and the various positive health effects associated.

This first one may sound a little obvious, but it can’t go without being said. Fad diets are typified by the exclusion of specific foods entirely from one's diet and often come with the promise of ‘rapid weight loss’, or something similar.

The concern with excluding entire foods (or even food groups) from our diet is that we then run the risk of significantly reducing our intake of essential vitamins and minerals that are only found in those foods that are excluded. This can lead to a number of health issues and immune system disorders, while also impacting the functional of our body at a cellular level.

Moreover, these type of diets is notoriously difficult to stick to. Because of their restrictive nature, they can make social situations quite difficult, limiting their adherence to often only a week at best.

“Sickness comes on horseback but departs on foot” – Dutch Proverb

Instead, we should aim to eat a diet that includes a good balance of carbohydrates, fats, and protein. The trick is to try and make sure most of these come completely from natural, unprocessed foods. These foods still contain most of their nutrients, while also offering fiber and complex carbohydrates for energy.

Ultimately, if it is an animal product or once grew in the ground, it should be fine to eat. If it looks like it was made in a factory, you should probably steer clear.

This ensures we limit our intake of heavily processed foods that are often both high in sugar and have no nutritional value in which they contain very few vitamins and minerals.

Protein is arguably the most important of the three macronutrients. It provides the body with essential amino acids that are used to build and repair the body’s tissues, play integral roles in hormone production, and can even help in immune system function.

By limiting our intake of protein we can limit our body’s capacity to work effectively.

“The part can never be well unless the whole is well.” – Plato

Moreover, protein is also the most filling of all three macronutrients.

This means that if we have a diet that is relatively high in protein, we much less likely to get hunger signals throughout the day. This reduces the likelihood of snacking on unhealthy, processed foods throughout the day, and may even cause a reduction in our daily energy intake, which could lead to weight loss.

Moreover, protein is also the most filling of all three macronutrients. This means that if we have a diet that is relatively high in protein, we much less likely to get hunger signals throughout the day. This reduces the likelihood of snacking on unhealthy, processed foods throughout the day, and may even cause a reduction in our daily energy intake, which could lead to weight loss.

1 gram of protein per pound of bodyweight per day should be more than adequate to see the positive effects of an increased protein consumption.

A note on exercise

While diet is arguably one of the most vital ways to keep up optimal health, it is incredibly important to note that there is more we can do thank just eating correctly. By also exercising regularly we can support the health of both our cardiovascular and musculoskeletal systems.

This can cut our likelihood of developing heart and metabolic disorders, while also ensuring we improve and support our functional capacity later in life. 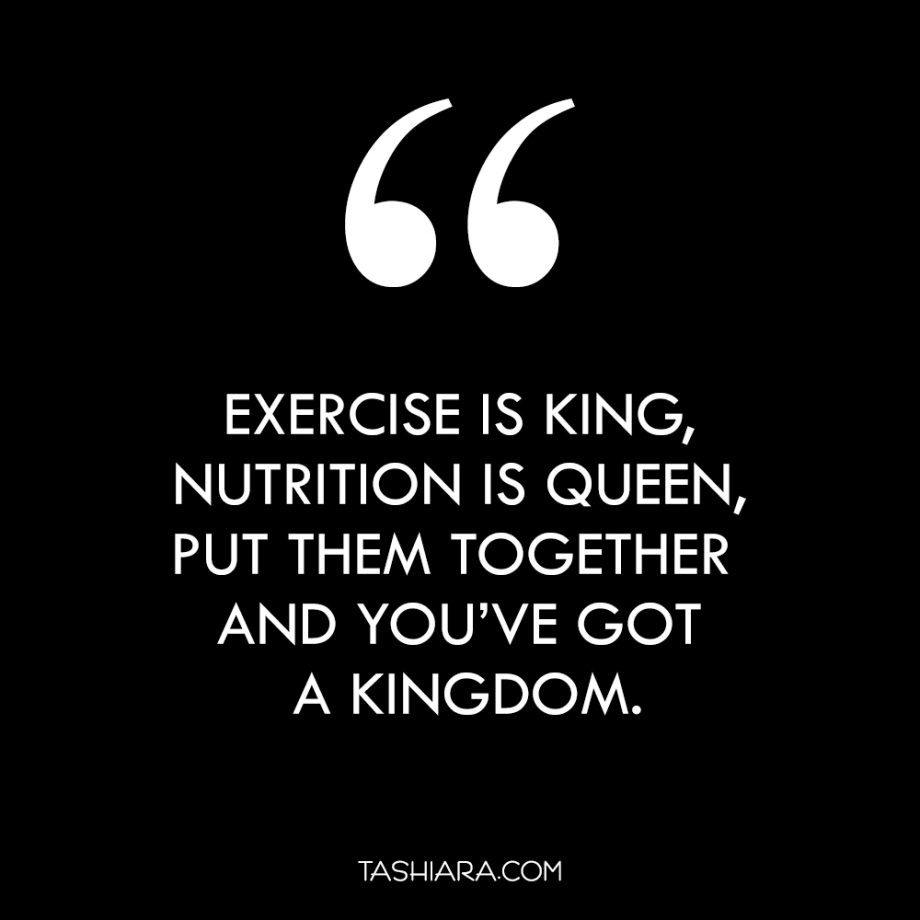 We should opt to use both low-intensity aerobic exercise (think jogging, cycling, and swimming) and weight based exercise training (think barbell, dumbbells, and kettlebells) to maximize both our aerobic and muscular systems, providing a well-rounded exercise program.Summary

So, in summary: Low-fat diets can lead to a number of health implications, including cardiovascular disease, low testosterone, and increased blood triglyceride levels. These can lead to weight gain, an increased consumption of unhealthy foods, and even serious metabolic disorders.

Instead of opting for a low-fat diet, we should try to eat a balanced diet that included proteins fats and carbohydrates that come from mostly unprocessed sources. This ensures increased micronutrient intake which promotes improved health.

Finally, we should use both exercise and diet to maximize health, as combined they are much more effective than one alone! 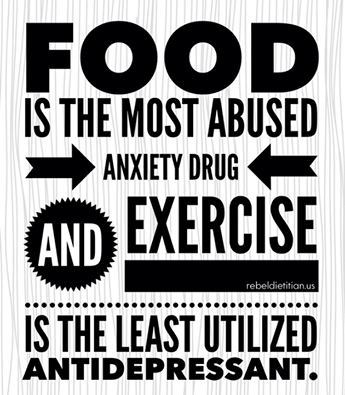 Luke Cafferty is a fitness junkie, personal trainer, and blogger. He's passionate about living a healthy lifestyle and maintaining a strong and well-rounded physique, while inspiring others to do the same.

Luke found a passion for human performance and the ability to optimize his nutritional intake for muscle growth, better immunity and different cardiovascular benefits at a young age. This passion has since grown and he continues to deepen his knowledge on all aspects of fitness and health.

Thorpe, Kenneth E., et al. “The impact of obesity on rising medical spending.” Health Affairs 23 (2004): W4.Lands, William EM. “Dietary fat and health: the evidence and the politics of prevention: careful use of dietary fats can improve life and prevent disease.” Annals of the New York Academy of Sciences 1055.1 (2005): 179-192.

Lands, William EM. “Dietary fat and health: the evidence and the politics of prevention: careful use of dietary fats can improve life and prevent disease.” Annals of the New York Academy of Sciences 1055.1 (2005): 179-192.Parks, Elizabeth J. “Effect of dietary carbohydrate on triglyceride metabolism in humans.” The Journal of nutrition 131.10 (2001): 2772S-2774.

Halton, Thomas L., and Frank B. Hu. “The effects of high protein diets on thermogenesis, satiety and weight loss: a critical review.” Journal of the American College of Nutrition 23.5 (2004): 373-385.